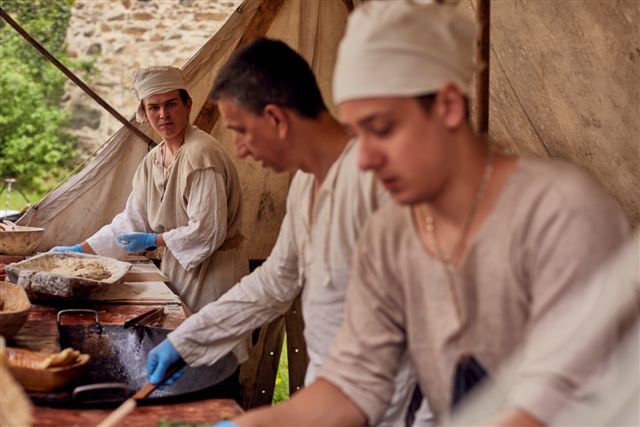 „Fortresses of Taste Festival” is a mass event which brings to its visitors traditional cuisine of our ancestors, offering great number of dishes which they ate in royal castles and palaces, nobility manors as well as in rural homes. Festival takes place in one of the most beautiful castles in Poland, mystic Czocha Castle located near a dam lake, within mountains and charming villages.

The historical feasts, traditional cuisine of royal castles, lectures, workshops and tasting of traditional delicacies as well as exquisite liquors will be presented within four days of the festival. All in beautiful surrounding of dignified old castle.

Last year we presented i.a. the cuisine of Polish baroque, the French Queen Marie Antoinette’s favourite cake, famous delicacies of Russian Tsars and organic food from all over the World. During three days of first edition of festival in 2018, the Czocha Castle was visited by more than eleven thousand people.